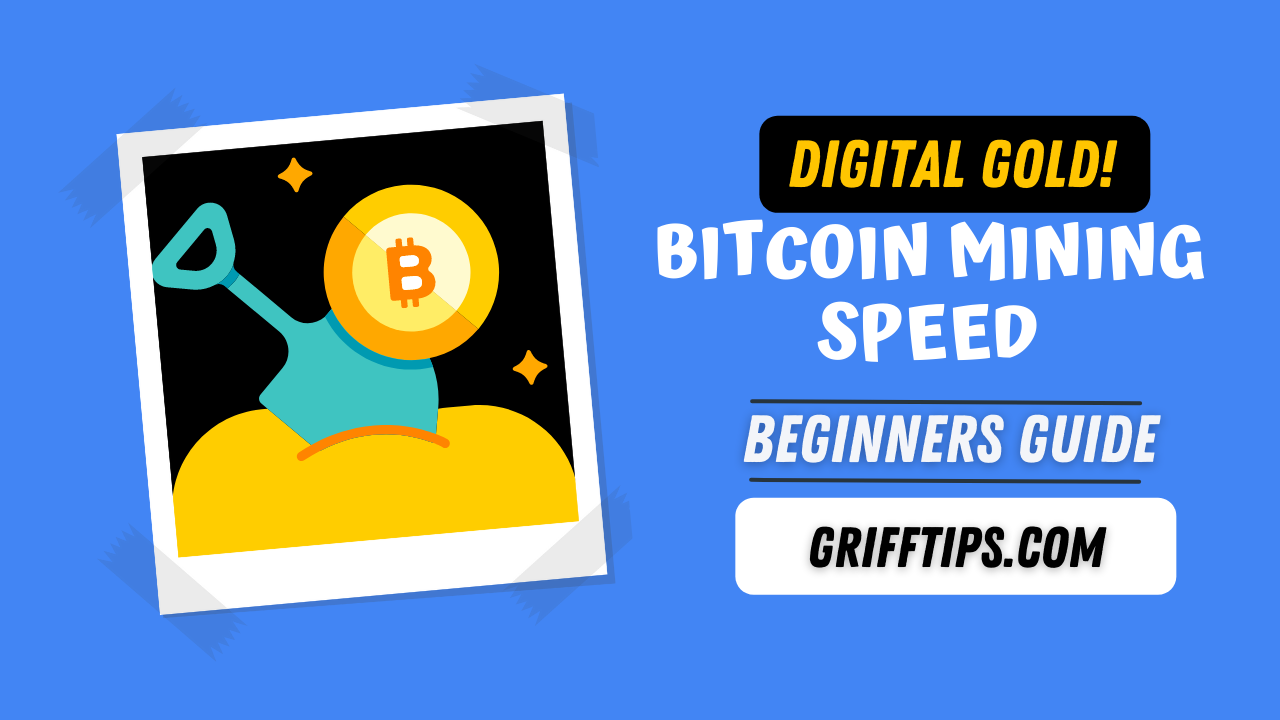 A complete and detailed beginners guide about increasing bitcoin mining speed. To verify transactions, a public ledger of past transactions is updated by adding a block of chosen transactions at the top. The miner uses a powerful computer and a unique program to solve complex math problems.

What is Bitcoin mining and Bitcoin Miner?

Bitcoin mining is the process of adding transaction records to Bitcoins public ledger of past transactions. Its an essential and integral part of Bitcoin that ensures fairness while keeping the Bitcoin network stable, safe, and secure. The ledger records every transaction in a blockchain which is like an extremely long list. Every time a transaction takes place on the blockchain, it needs to be approved. The network will confirm this and make sure other nodes in the network get updated. Bitcoin nodes use the blockchain to distinguish legitimate Bitcoin transactions from attempts to re-spend coins that have already been spent elsewhere.

The miner who solves a transaction block receives a reward, which includes an amount of bitcoin and transaction fees. The transaction is then relayed to other nodes on the network to verify its validity.

Bitcoin mining is competitive and challenging today because the hardware required to mine has increased exponentially over time. This difficulty increases as more miners join the network, increasing the rate at which blocks are mined.

The first miner who solves a block will get a reward, and all other miners will get nothing. The miner also collects small fees for each transaction it confirms, which is how new bitcoins are created and given out as rewards for people helping keep bitcoin running.

Bitcoin mining is the process of adding transaction records to bitcoins public ledger of past transactions. Each group of transactions is called a block. The miners secure the block. Miners can only add a block if all transactions in that block are valid and not already recorded in the ledger.

1. Bitcoin Mining is an excellent way to make passive income.

3. Bitcoin mining allows you to have complete control over your money and investments, unlike other investment types like stocks and bonds.

4. The advantages of bitcoin mining are that it does not require any financial institution or third party to take care of your money for you, which means that there are no monthly service fees for bitcoin wallets and no minimum deposits; required either!

5. The disadvantages of bitcoin mining are that it consumes a lot of electricity, and it isnt accessible to mine bitcoins nowadays due

What is Bitcoin Mining Speed, and Why Does it Matter?

Transactions are added to the blockchain in chronological order, and each node must accept them before they are considered complete.

Bitcoin mining speed is measured in hashes per second, or how many times a second a new block can be mined. The more hashes per second you have, the faster you can mine blocks and earn bitcoins.

Bitcoin mining speed measures how many transactions a miner can process per second. Bitcoin miners are rewarded with new bitcoins for each block they successfully mine, and the mining difficulty is adjusted to maintain an average of 6 blocks per hour.

Bitcoin mining speed is essential because it determines how much bitcoin you can earn as a reward for your work. If the mining difficulty increases, then you will need to increase your bitcoin mining speed to be able to mine blocks successfully and earn bitcoins.

The Bitcoin mining process is the backbone of the Bitcoin network. It allows transactions to be verified and secured on a distributed public ledger.

This process involves compiling recent transactions into blocks and solving a computationally difficult puzzle. The player who solves the puzzle gets to place the next block on top of it and get their reward. Mining is rewarded with both the transaction fees from the transactions compiled in a league as well as newly released bitcoin. The mining process also creates new bitcoins as a reward for solving a block.

The mining process is a race to find an answer to a mathematical problem by solving a block of transactions. The miner who solves the problem gets rewarded with bitcoins and fees from the people sending transactions in that block.

The difficulty in mining bitcoins is adjusted to make it more complicated as more miners join the network, which means that fewer bitcoins will be mined over time.

How To Increase Your Bitcoin Mining Speed with Optimization Tips

The following tips will help you increase your bitcoin mining speed:

Mining is done by running software on your computer or using an app on your phone.

There are two types of mining:

1) Mining pool - Mining pools are groups of miners who work together to mine more quickly and share their rewards.

2) Solo-mining - Solo-mining means you do not work with a mining pool and get all the rewards for yourself.

Mining Difficulty – What is it, and How does it Affect your Profitability?

The Bitcoin protocol defines, in advance, how difficult it is to find a hash that will be lower than the current target. Every 2016 block (roughly two weeks), that difficulty level is adjusted based on the time it took to find the previous 2016 blocks. The more time is taken, the higher the difficulty level becomes.

Bitcoin mining ensures transactions are verified and added to the public ledger, called the blockchain. Transactions are verified by miners who run their computers 24/7 to solve complex computational problems which provide security for the entire system. This process is also called mining as an analogy to gold mining because it requires exertion. The Monero blockchain makes new currency available at a rate that resembles the rate at which commodities like gold are mined from the ground. Bitcoin miners are rewarded with transaction fees and newly created bitcoins for each block they mine.

A pool is a group of miners who share their processing power to split the reward equally, but as solo mining becomes more complex, many miners join pools to reduce variance in their income.

Cloud mining disadvantages include high fees, no physical access for hardware maintenance, lack of transparency about where your investment goes, and high energy costs.

The mining difficulty expresses how hard it is to find a hash below a given target. The higher the problem, the more difficult it is to generate bitcoins. So if you want bitcoins without any hassle, you should use a pool because solo mining has very high difficulty rates.

The bitcoin mining software comparison chart is a list of the top bitcoin miners, comparing their features, pros, cons, and prices.

This is a list of the top bitcoin miners, with comparisons of their features, pros, cons, and prices.

Pros: Non-intrusive ads; Free; Easy to use; Cons: No updates since 2014; No GUI (graphical user interface) for Windows or Mac OS X users; Summary: BTC Miner is an open-source Bitcoin miner that was created by volunteers

The best bitcoin mining software offers an easy-to-use interface, fast speed, and low cost. It also should be compatible with various operating systems and should be easy to use for beginners.

Conclusion: Understanding and increasing your Bitcoin Mining Speed with these tips will help improve your output tremendously.

This article is about how to increase your bitcoin mining speed with these tips.

This article will help you understand and increase your bitcoin mining speed. If you follow the tips in this article, you will soon see a significant improvement in your output.

We have seen that there are numerous factors that influence the mining speed of your computer, and the more of these factors you can optimize, the faster your rates will be.