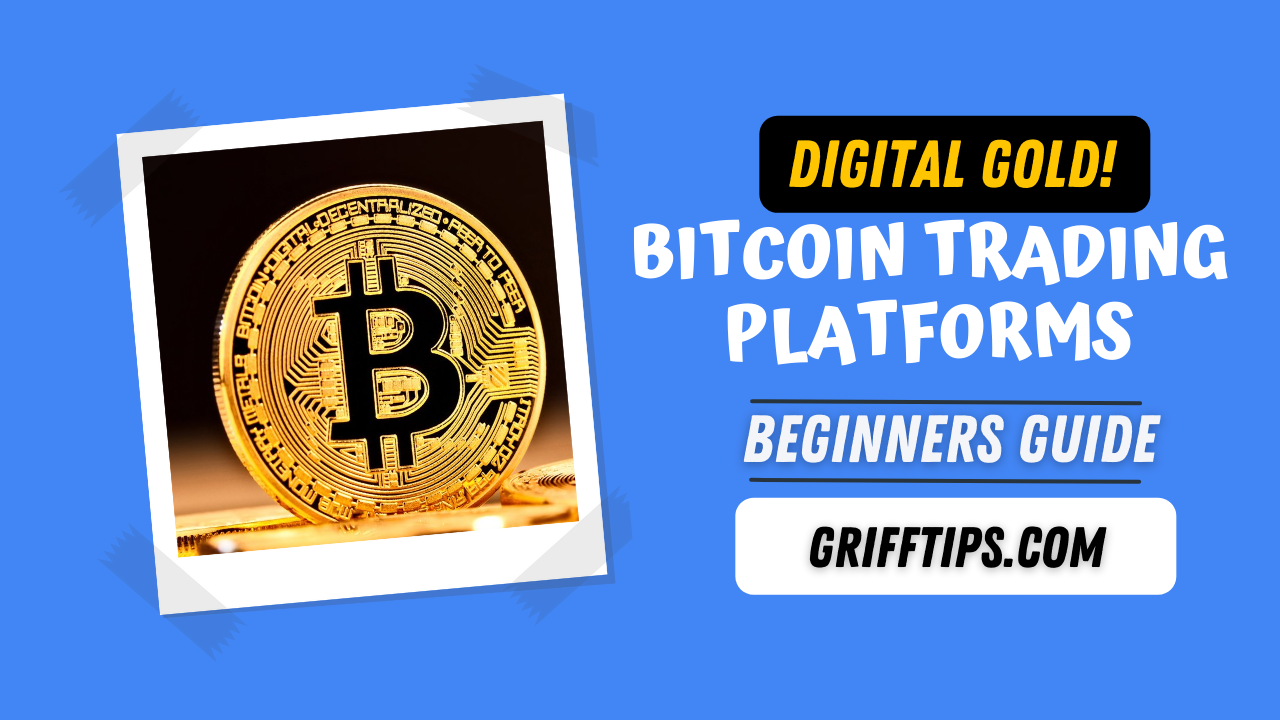 Bitcoin Trading Platforms for Beginners - Learn where to buy bitcoin, how to use bitcoin, and how bitcoin trading platforms work. This article is a complete guide about digital currencies.

Introduction: Why Invest in Bitcoin?

The price of bitcoin has risen astronomically in the past few years. Some experts say that it is because of the limited number of bitcoins that can be mined, and others say it is because people are investing in it. The reality is that there are many factors behind bitcoins price rise, but one thing is for certain: Bitcoin trading has become a popular investment option.

Investing in bitcoin may not seem like a viable option to some people, but to those who have done their research, they know how lucrative the opportunity can be. In this article we will explore why you should invest in bitcoin and what you need to know before you do so.

Bitcoin is a cryptocurrency and worldwide payment system. Bitcoin is the first decentralized digital currency, meaning that no central bank or administrator is in charge. The blockchain functions as a peer-to-peer network. Transactions happen directly between users, eliminating the need for intermediaries. Digital transactions are verified by network nodes and recorded in a ledger called the blockchain.

Bitcoin was invented by an unknown person or group, known only as Satoshi Nakamoto. It was released as open-source software in 2009 and can be obtained through mining (a process of using your computer to solve difficult mathematical equations). Merchants and vendors can be found who will trade bitcoin for other currencies, products, and services. As of February 2015, over 100,000 merchants and vendors accepted bitcoin as payment. Research produced by Cambridge University estimates that in 2017 there were 2.9 to 5.8 million unique users using a cryptocurrency wallet, most of them using bitcoin.

What are the Advantages of Bitcoin Trading?

Bitcoin trading has many benefits. It can be done anonymously, it doesnt require a bank account, and its not regulated by any government. Bitcoin trading also has low fees and high liquidity.

Bitcoin has many benefits, some of which are outlined below:

1) Bitcoin is decentralized, meaning that no one country or organization controls it. This means that no one can manipulate its value or interfere with transactions.

2) The supply of bitcoins is limited to 21 million coins. This means that inflation cannot erode the currencys value over time because no more will be released into circulation than there are currently in circulation.

3) Transactions made with bitcoin are irreversible, meaning that merchants do not need to worry about chargebacks or frauds occurring on their end of the transaction.

4) Bitcoin has low transaction fees, which means merchants can save money

The most important advantage of Bitcoin trading is its potential to generate profits for traders who are able to identify patterns in the market that lead to price changes.

Bitcoin Trading vs Other Investments Options

Bitcoin is the most popular cryptocurrency in the world. It is also one of the oldest and most valuable cryptocurrencies. It has a market capitalization of more than $120 billion, and its been around for 13 years.

Bitcoin is a cryptocurrency that has been around since 2009. When it first came out, it was worth pennies.

Bitcoin is a decentralized currency with no central bank or government backing it up. This means that there are no fees and transactions can happen anonymously. Bitcoin has been called digital gold because of its value and rarity.

The question of whether to invest in Bitcoin or other cryptocurrencies is a difficult one to answer. For example, Ethereum has a lot of potential as the technology behind the cryptocurrency continues to grow and evolve. Ethereum is a newer cryptocurrency that was released in 2015 and has grown by over 2,700% this year alone!

Investing in cryptocurrencies can be risky and it is wise to educate oneself on the benefits and risks associated with such an investment before taking any steps.

One of the reasons why bitcoin is so popular among investors is that it has a finite supply, which means that there will be a limited number of bitcoins in circulation.

About Bitcoin Exchanges and How they Work

There are many bitcoin exchanges that allow you to buy and sell bitcoins. They vary significantly in terms of their features, fees, and security measures. The best bitcoin exchange for you will depend on your individual needs.

The following section will be about how does a bitcoin exchange work? And what are fiat currency vs cryptocurrency exchange rates?

A bitcoin exchange is an online marketplace where traders can buy and sell bitcoins using different fiat currencies or altcoins like Ethereum (ETH) or Litecoin (LTC). The exchange serves as the middleman for traders of these different coins so

Bitcoin exchanges are websites that allow users to trade bitcoin for other cryptocurrencies or fiat currencies. They are the best way to buy bitcoins, but they dont offer much in terms of flexibility.

The first thing you need to do is find a reliable bitcoin exchange. You can find these online by looking at reviews and feedback from other customers.

The cryptocurrency market is booming and it is not surprising that people want to buy some coins. There are many exchanges on the market, but not all of them are good. Some of them are even scams. This article will teach you how to identify a good bitcoin exchange on which to trade on.

There are many factors that you need to take into account before choosing a cryptocurrency exchange. These factors include the security of the exchange, the ease of use, and how much it charges for trading.

Security is one of the most important factors you need to consider when choosing a cryptocurrency exchange. The most secure exchanges are those that have been around for a long time and have never been hacked. You should also ensure that your chosen cryptocurrency exchange has two-factor authentication enabled for withdrawals and deposits.

Ease of use is another important factor to consider when selecting a cryptocurrency exchange. It is important because it will make it easier for you to trade on the platform without any hassles or delays. You should also look at how much fees a platform charges before selecting an appropriate one as well as whether

Trading cryptocurrencies can be an exciting venture, but it can also be risky if you dont know what youre doing. The first thing you need to do is research the different exchanges available and figure out which one has the best reputation for security, ease of use, customer service, etc. Its also important that you find an exchange that offers the coins or tokens that you want to trade in.

A leverage is a measure of how much money is borrowed from a broker to place trades, which determines how many shares or contracts can be traded with a given amount of capital. A higher leverage multiplies the profit and loss on an investment, while a lower leverage reduces it.

Selecting your ideal margin and leverage for trading depends on what type of trader you are and what kind of investments you want to make.

The leverage and margin should be set based on your account size, trading frequency, and trading style. For example, if you have a $1,000 account and trade infrequently, you may want to start with a lower leverage of 1:1 or 2:1.

The best Bitcoin exchange platforms are those that provide the best user interface and the easiest to use customer interface. They also need to be secure and offer fast transactions with low fees.

A user interface is the key factor that can make or break a bitcoin exchange platform. If it is not easy to use, then the customer will not be happy with it. It is important for the user interface to have a sleek design that is easy to navigate, while also being visually appealing.

It is important for the bitcoin exchange platform to have an intuitive graphical user interface (GUI). This means that it should be easy for customers to use and understand how to navigate through the site. The GUI should be designed in a way that makes sense and has features that are self-explanatory so customers will know what they are looking at on the page.